These past few weeks I have been on a rampage (like a bull that was freed from its cage for the first time). On a rampage for a new type of drama that got me totally hooked and I introduce to you 'Lakorn'. First of all it would be appropriate to understand the meaning of 'lakorn'. In thai language, 'lakorn' would mean a 'play' but this term is also widely known or defined as a dramatic television series or that which we call a soap opera. Normally, lakorns are aired every Monday-Tuesday, Wednesday-Thursday and Friday-Sunday and an episode would normally run for about 90 minutes or an hour and a half without commercials. But if you add up the time spent on commercials an episode is estimated to run for two hours (wikipedia).

'How did you discover the wonderful world of lakorns?', you may ask. Actually, I had finished watching the latest Korean dramas I've been keeping up with even before my break had officially begun and found that I didn't particularly felt like watching the newer Korean dramas being aired and subbed simultaneously. So while I was browsing through viki, I found this enticing poster of the lakorn, 'Love Never Dies (Vampire)'. And decided to try it, I unexpectedly got hooked fast. And when I get hooked I research about the main actors personal lives. I started subscribing for 'Dome' Pakorn Lam's Official Youtube Account and also 'liked' 'Ploy' Chermarn Boonyasak's facebook page, it seemed like I couldn't get enough! I finished the drama in a span of 3 days. I honestly wasn't used to a 1 hour and 30 minutes long drama but I pulled through. Since then I have finished 4 more dramas and I liked each one of it.

The 4 lakorns I finished are 'Don't Marry Me!' (Roy Marn 2011) starring 'Margie' Rasri Balenciaga and 'Boy' Pakorn Chatborirak, then watched the 4 part series entitled,  '4 Hearts of the Mountains' (4 Huajai Haeng Koon Kao) but unknowingly started with the 2nd story, 'Duangjai-Akkhanee' starring Nadech Kugimiya and Urassaya Sperbund, then the 3rd story, 'Pathapee Leh Rak' starring 'Mark' Prin Suparat and 'Mint' Chalida Wijitwongtong and just recently did I finish the 4th story in the series, 'Wayupak Montra' starring Margie and Boy from 'Roy Marn 2011'. I'm only missing the first story to finally complete this 4 part series! Credits to the complete and comprehensible english subbed series of '4 Hearts of the Mountains' to wishboniko! <3 Lotsa love to you for providing non-thais that don't speak a word of thai understand these wonderful lakorns!

So now, I think I'll slow down a bit from my current rate of consumption of lakorns and of any other kind of Asian drama since my 2nd semester as a 3rd Year College Student is about to start this Thursday and I really want to focus. :) I mean it! I enjoy studying! :)
Posted by sweetshamah at 7:25 PM No comments:

When You Ignore Me

It's a traumatizing experience to have someone ignore you. Especially, if the person ignoring you is someone close to ones' heart, in this case, my heart. It has been 4 days since she started ignoring me. The first day was pure torture. I kept thinking what could've I done wrong, what could've I said wrong, what could've probably triggered this. I was pondering on those kinds of thoughts for the whole day. The second day I tried to talk to her. I told her that I was wondering why she has been ignoring me but she didn't reply nor did she look at me. We never met each other's eyes ever since. On the third day, we were in the library, I tried to casually talk to her by asking a question about one of our subjects. But she completely ignored me. No reaction, as if I didn't exist. At this, there were small moments when I started to get mad at her. But then I realize that getting mad will not work. Its not her fault. Maybe, I really did something horribly wrong and I was being insensitive. Today, she's still ignoring me. I texted her a few hours ago and I'm still waiting for a reply. I can't seem to muster up enough courage to tell her face-to-face that I was sorry. And I really wanted to know why she was mad at me, by understanding this I wouldn't have to repeat the same mistake again. I'll have to wait to know.

Actually, right now, I'm worried and scared that our friendship might not go back to the kind of carefree relationship we once had. I'm scared that despite me being forgiven a certain trail of awkwardness will linger around us. There are many possibilities. We could keep on ignoring each other and we'd live with that until who-knows-when. I don't want that to happen. So I choose to keep loving and never hate. I choose to keep trying. I'll muster up courage to talk to her when we meet again. I love her, really, a part of that may have been caused by the time we have spent. But also because I just do love her.

They say your relationship with others is a reflection of what's going on within you. And maybe, I'm a little messed up within. Maybe, I haven't been paying attention to myself and how I treat myself. I'm hoping that she'll reply. I'm praying that she'll at least tell me why.

I'm glad that I had the opportunity to write about these pent up feelings. If I didn't share it with anyone, I feel like it's going to eat me up alive. I'll do my best! 100% BELIEF = 100% RESULT! I choose to BELIEVE THAT THE NEXT TIME WE SEE EACH OTHER SHE HAS FORGIVEN ME. I HAVE NO DOUBT ABOUT THAT!

Posted by sweetshamah at 10:53 PM No comments:

I actually shouldn't be online but oh well... I'm procrastinating again. Got tons of homeworks and exam preparations to do but her I am checking my accounts, Writing on my blog and doing unnecessary things.^^Nyahaha. Well it can't be helped especially when your at home.

Anyways...Here goes...I was watching the "Oprah" show this morning {It's actually one of my favorite T.V. Shows because I learn a lot from it and I LOVE OPRAH TOO of course..^^} and then I was surprised who their guest was. It was Former President Bill Clinton. Oprah was promoting Ex-president Bill Clinton's book entitled "Giving"... 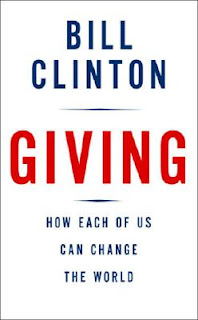 After hearing a few excerpts of it from Oprah I really wanted to read it. So imma try and buy one when I get too..Nyahaha. Anyway, I couldn't finish the last book I was reading. The book entitled "The Art of War." It was featured on my last post {The post before this}. I couldn't finish it because it was too hard for me to understand. Not for my age I guess...

And in the show they also featured "Oprah's Angel Network Foundation's" Achievements. And the achievements they've made for years was a "WOWer!!!" {Got this word from Oprah}. "Oprah's Angel Network Foundation" is inspired by a little girl who started collecting pennies through her neighborhood 10 years ago. And that girl's very big now. She has collected over 6 million $ in penny.

They also featured the Kiva.org. It is a loaning website. That let's 3rd World Countries Entrepreneur's get loans from people who are very willing to loan. You can loan people starting with 25$. W/ just a little amount of money that you loan them you can change lives.

Posted by sweetshamah at 7:59 PM No comments: